Back to Historical Snapshots

The Royal Hawaiian Navy was created solely as a result of King Kalākaua's plan for a confederation of Polynesian nations.

The High Commissioner was a special Hawaiian envoy tasked with traveling to the various island nations of the Pacific to enlist them into the confederation.

In anticipation of the High Commissioner’s transportation needs, the Hawaiian government purchased a three-masted steamship named the Explorer. The ship was refitted as a gunboat and armed with Gatling guns and cannons. The name Explorer was translated into Hawaiian and the ship was renamed the Kaimiloa.

His Hawaiian Majesty’s Ship Kaimiloa was commissioned on March 28, 1887, for the naval service of the Kingdom and comprised the whole of the Hawaiian Navy fleet. 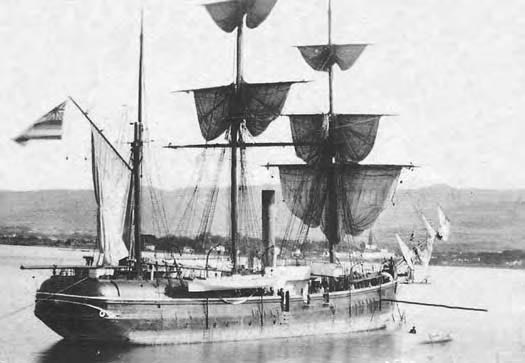 King David Kalākaua on board his naval ship, the Kaimiloa.