Back to Exploring Cultural Identity: Essays 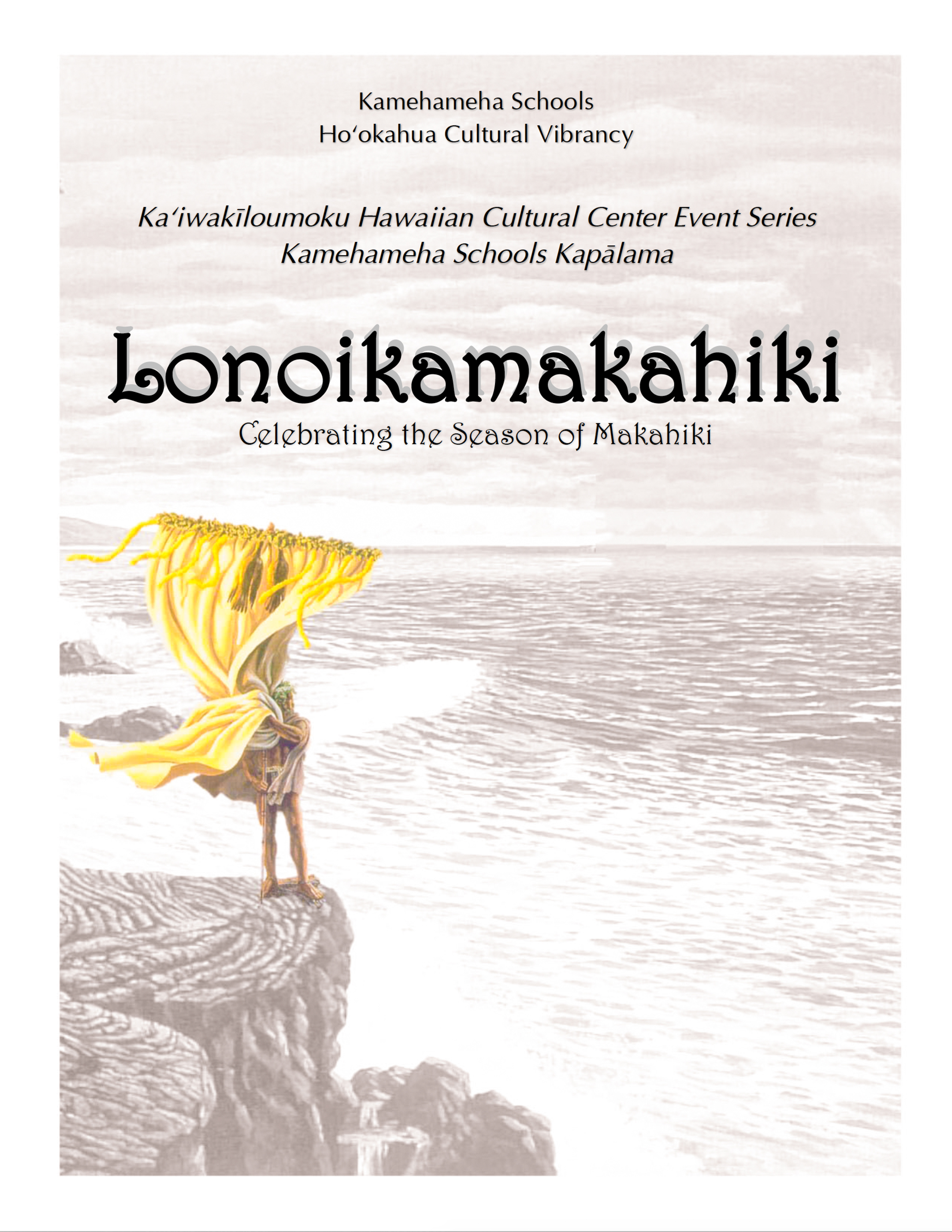 This booklet was created by Kaʻiwakīloumoku as a supplement to student participation in makahiki events and educational activities held at the Cultural Center on the Kapālama Campus in 2017. In it, you will find information on the importance of this time of year, along with specifics on various foods, games, and mele to help reawaken the spirit of makahiki and bring the excitement that comes with it into your home!
[Downloadable pdf] 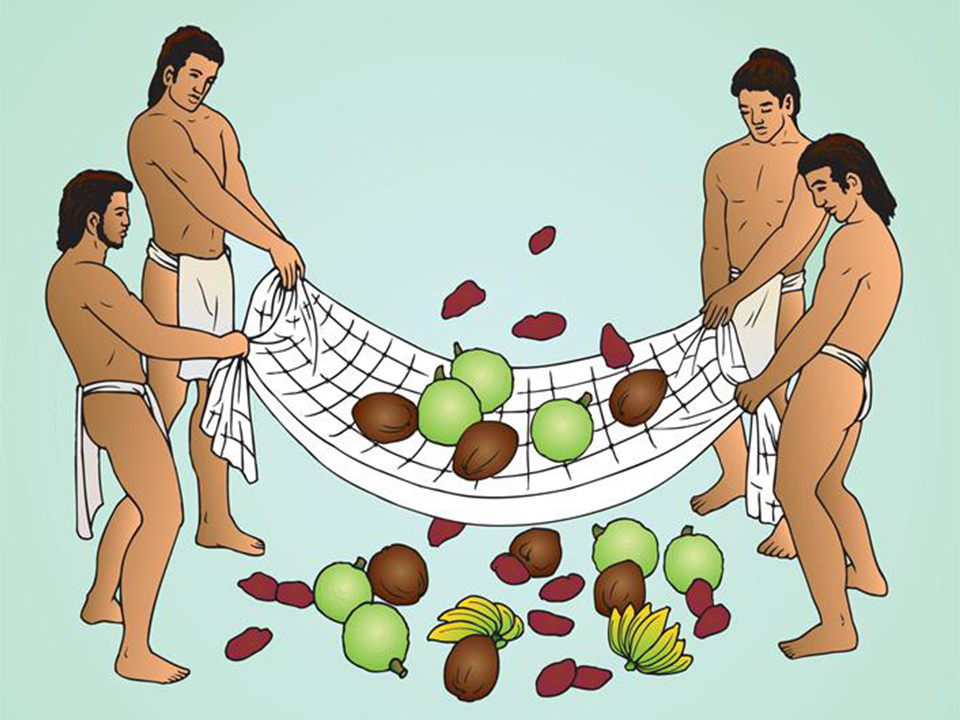 Makahiki: A Change of Season
For the makaʻāinana, the Makahiki season was a time of excitement around the ceremonies and games. There was also some apprehension about performing before the aliʻi nui or about whether offerings and hoʻokupu would be acceptable. There were many ceremonies that the people looked forward to during the time of Lono. One such ceremony involved ke Kōkō o Maoloha i ka lani or "the net of Maoloha in the heavens." 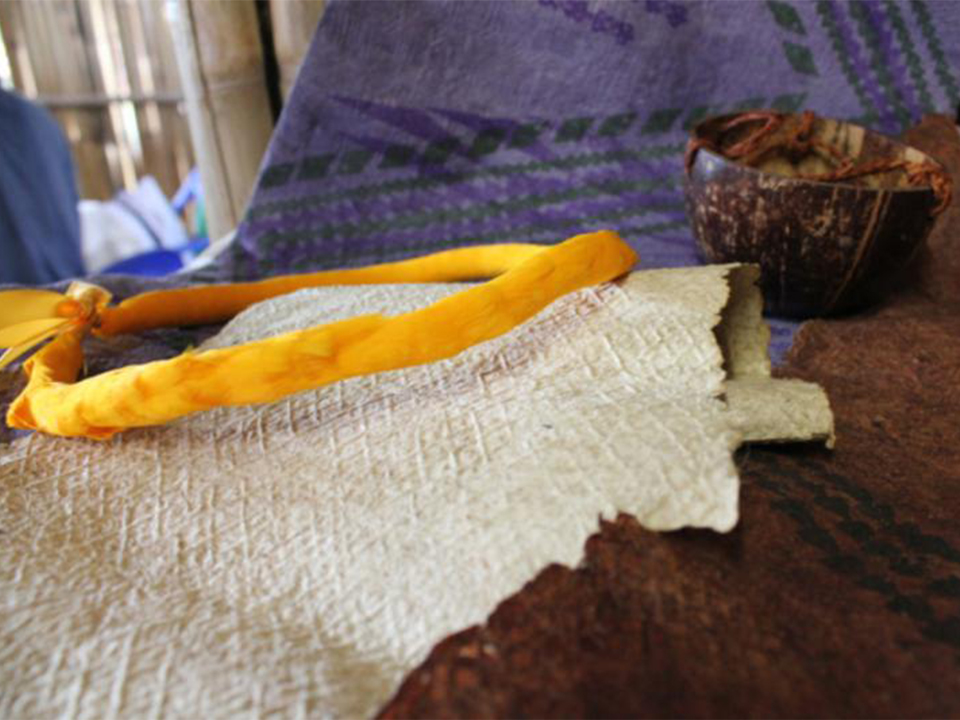 Makahiki: A Season of Giving and Growing
During the time of Makahiki, there was great emphasis placed on the importance of hoʻokupu and ʻauhau. Objects of great value were given by makaʻāinana to their aliʻi and akua. It was believed that this annyal practice of giving, an integral phase of the harvest season's ceremonies, would encourage the continued growth and fertility of our lands and resources. 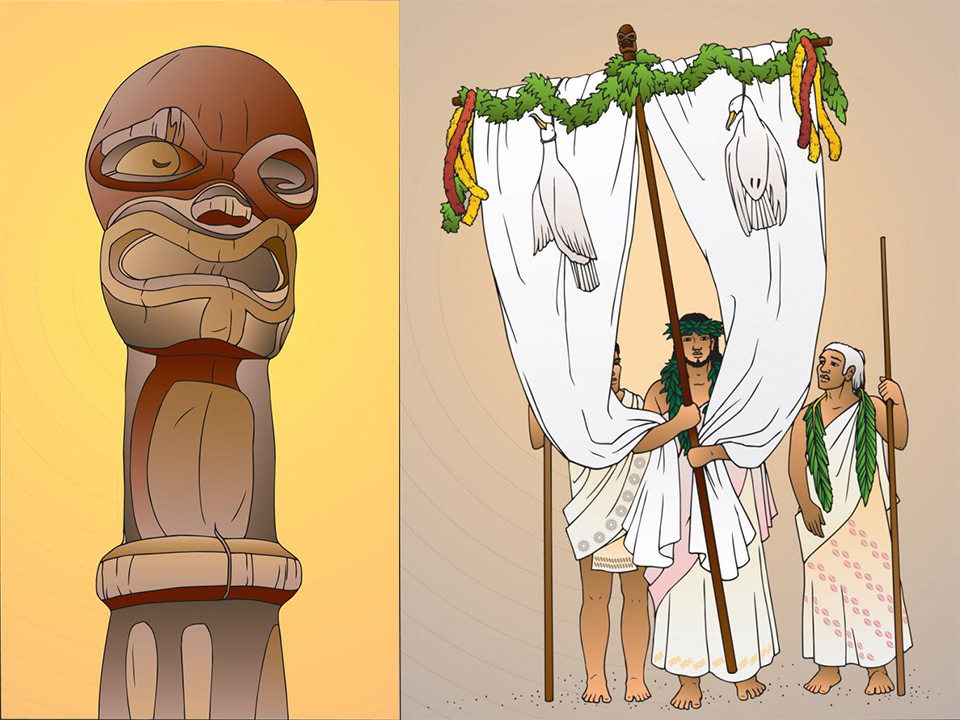 Makahiki: An Overview
The rising of Makaliʻi (the constellation Pleiades) at sunset marks the beginning of the Hawaiian new year, known as Makahiki. Makahiki usally begins mid-November and ends in late January or February, aligning with the rainy season. It is a time set aside for tribute, harvest, sport, and play. 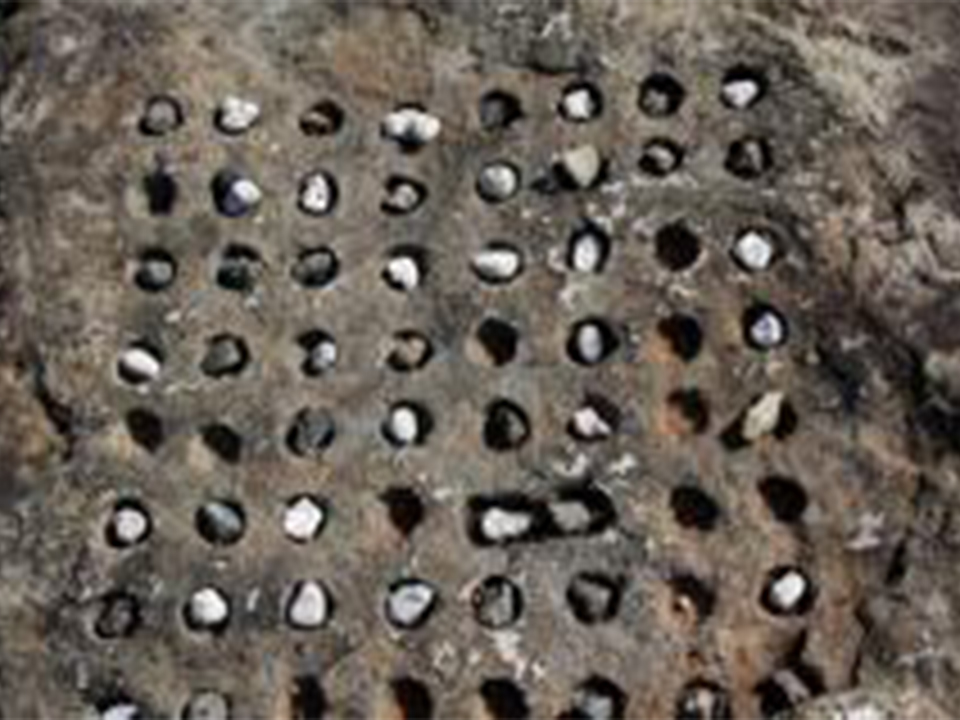 Makahiki: Kōnane - Simple Board Game or Battle Simulator?
A favorite aspect of Makahiki season is engaging in games and competitions. Not only are these games enjoyable, but they also showcase the physical skills of players. Other traditional games like kōnane, or “Hawaiian checkers,” focus on mental acumen and strategy. Unfortunately, much of the depth and complexity of kōnane has been lost over the years. 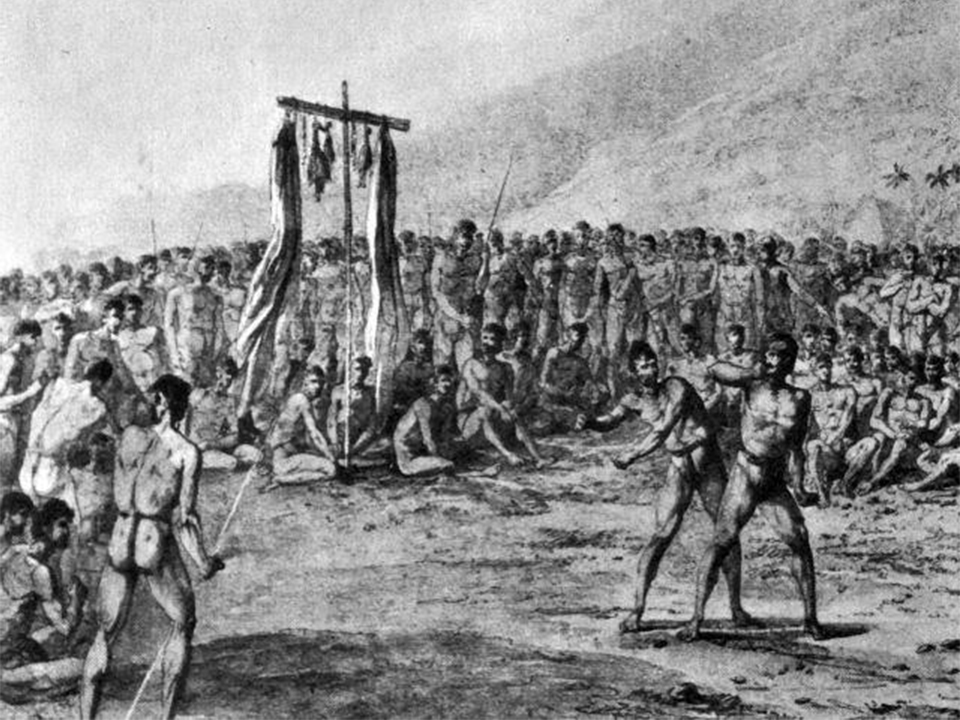 Makahiki: Let the Games Begin
Most people associate Makahiki with games like ʻulu maika, ʻōʻō ihe, hukihuki, pā uma, and haka moa. These games are currently being revived all over the pae ʻāina in many public and private schools, and throughout our communities. To the casual viewer, these games may appear to be frivolous fun. However, a deeper look would reveal that they are well-designed exercises that develop physical, mental, and spiritual strength. 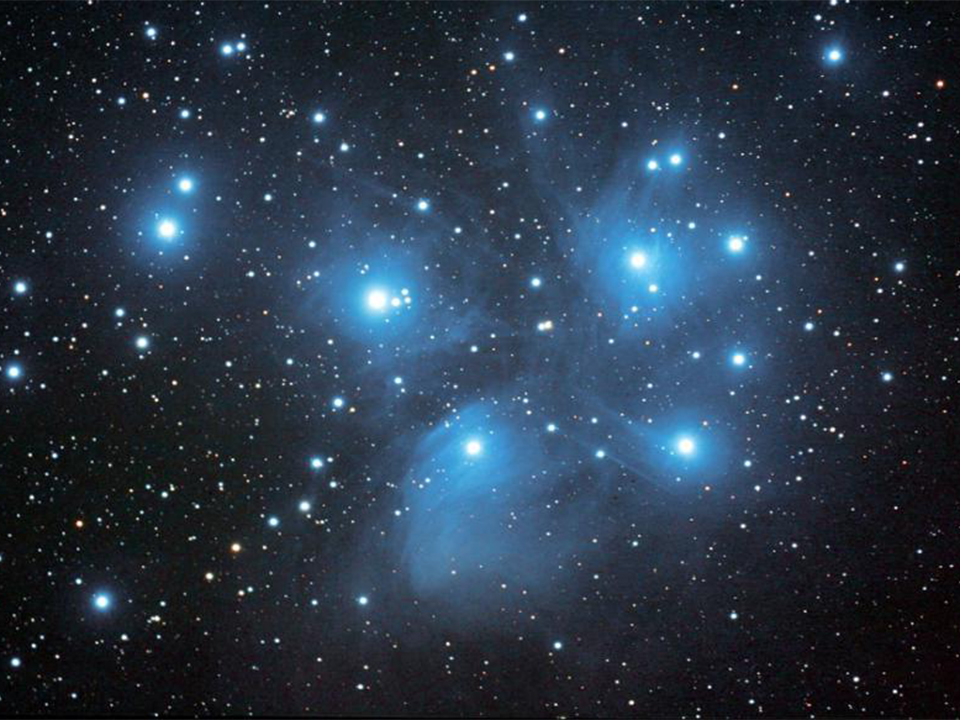 Makahiki: The Rise of Makaliʻi Marks a Hawaiian New Year
A traditional Hawaiian moʻolelo tells of how the constellation Makaliʻi got its name. The story begins with an aliʻi of Kona, Hawaiʻi, who greedily decides to hoard everyone’s food into one enormous carrying net and travel with it to the highest stratum of the heavens, where he hangs it up. Desparate and starving, the people hastily gather to plan a way to get their food back, and a little mouse bravely consents to take on the arduous task.