Tēnā koutou — Aloha! ʻAha Moananuiākea honors the strong cultural relationships between Kānaka Maoli, Native Hawaiians, and Māori, the indigenous people of Aotearoa (New Zealand), which include shared love of our lands and waters, our peoples, our languages, and our identities. On this page, you will find a range of resources — maps, websites, videos, and materials — that provide general background on the region, its peoples, and their cultures. Learners of all ages and backgrounds are invited to immerse in this rich Pacific heritage and explore topics of interest at a self-directed pace. Kia ora — Mahalo!

Aotearoa is the traditional name for the indigenous land of the Māori people, the land commonly known today as New Zealand. Located at the southwestern apex of the Polynesian Triangle, Aotearoa consists of the more populated Te Ika a Māui, or North Island, and the partially glacial Te Waipounamu, South Island.

Sometime between 1200 – 1300 AD, Māori began migrating from Hawaiki — an ancestral home region in the sub-equatorial central Pacific that includes Tahiti, Raʻiātea, and Rarotonga — and sailed southwest to settle two vast, uninhabited continental islands with colder temperate climates, and unfamiliar alpine and glacial landscapes. Specific canoes, along with their chiefs and navigators, were revered and remembered over time, as clans of extended families evolved into tribes. Today, most Māori can recite details of their tribal lineage, which connect them to particular tribal land areas and marae, ancestral gathering places. 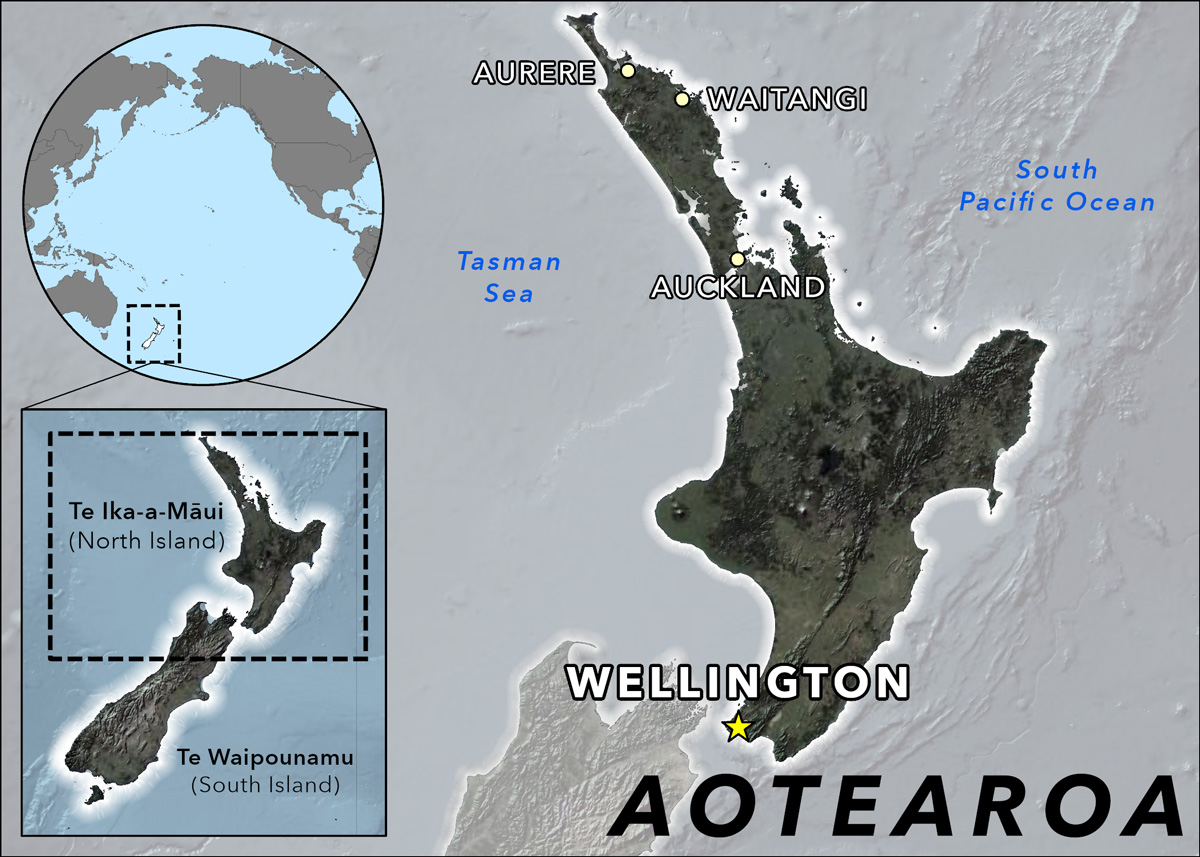 Kānaka Maoli and Māori acknowledge a sense of closeness, a mutual cultural affinity. Notwithstanding the extreme geographic distance between Hawaiʻi and Aotearoa, the similarity of our respective cultures can be attributed in part to the understanding that we were likely a single homogenous people living in a central Pacific regional homeland at one time, before migrating north to Hawaiʻi, and a century or two later migrating southwest to Aotearoa. Today, we enjoy a vibrant cross-cultural relationship driven by native language revitalization (Kōhanga Reo/Pūnana Leo), cultural vibrancy in all sectors of society, and issues of self-determination.

For information on the ʻAha Moananuiākea partnerships in Aotearoa, see the links below: 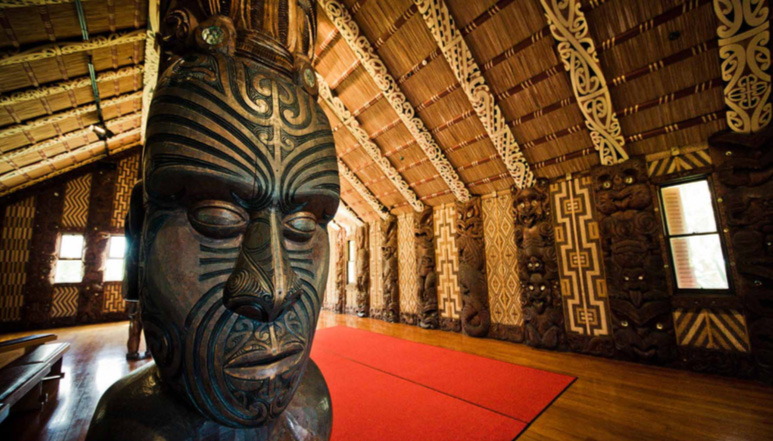 This online resource, produced by the NZ Ministry for Culture and Heritage, provides a detailed and succinct presentation on the Māori Royal Family and the King Movement.

In this Māori TV segment, Kāhautu Maxwell talks about the pride of his people in tracing their connections to the origin of the King Movement as they gear up for the 160th celebrations at Ngāruawāhia, Waikato. Duration: 2:29

• Tūrangawaewae — A Place to Stand (Video)

Tūrangawaewae Marae at Ngāruawāhia is the seat of the Māori King movement, which developed in the 1850s to unify Māori and protect their land. The King’s marae, Tūrangawaewae — literally “a place to stand” — was built in the 1920s under the direction of Te Puea Hērangi, granddaughter of the second Māori king. Duration: 4:28

This web page presents information on the social organization of iwi and hapū (tribes and clans), and is designed for learners young and old. Te Ara is an online encyclopedia sponsored by the Ministry for Culture and Heritage. 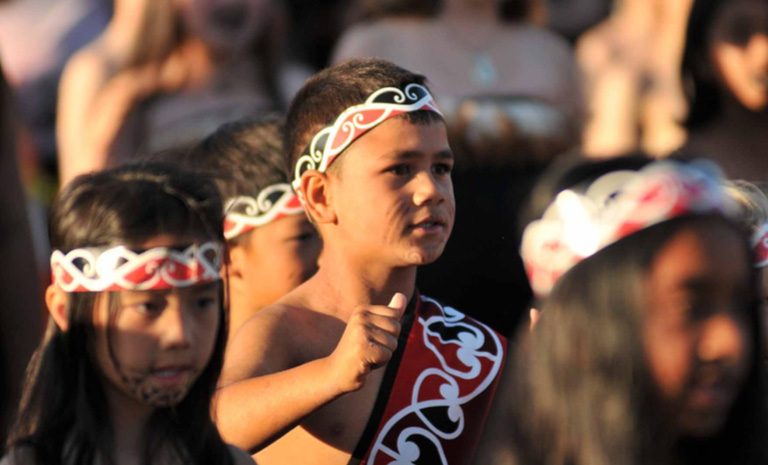 • Māori Language, Once Shunned, Is Having a Renaissance in New Zealand https://www.nytimes.com/2018/09/16/world/asia/new-zealand-maori-language.html


This 2018 New York Times article conveys excitement about the resurgence of interest in Māori language use, and how it is playing out, especially in urban settings in Aotearoa.


Te Kōhanga Reo is a Māori development initiative aimed at maintaining and strengthening Māori language and philosophies within a cultural framework, inspired by Māori elders in 1982.


Māori Television is New Zealand’s indigenous broadcaster, providing a wide range of local and international programs for audiences across the country and online. Māori language is a taonga (treasure) at the heart of Māori culture and New Zealand’s unique cultural identity.


Manatū Taonga is the YouTube channel for the Ministry of Culture and Heritage in Aotearoa. This site has a collection of video stories focusing on a variety of topics, including New Zealand history and places of cultural importance. 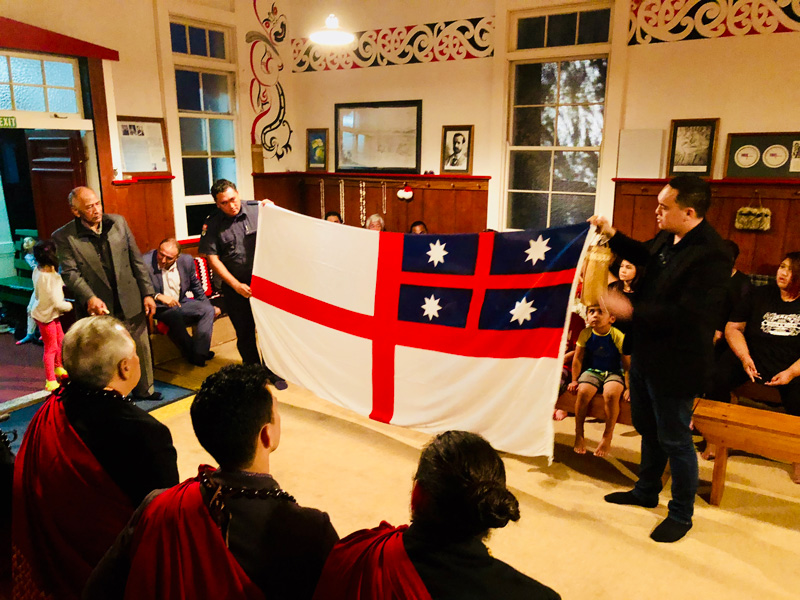 This is the Encyclopedia Britannica’s website entry for New Zealand. It provides a general overview of basic information about the country.

Follow the voyage of the HMS Endeavour around Aotearoa in 1769, as the British captain, James Cook, charts the coastline. This video was part of a large 3D-mapped display in the exhibition “Voyage to Aotearoa: Tupaia and the Endeavour” that ran from Friday 13 September 2019 – 15 March 2020 at Auckland Museum. Duration: 5:00

This is the homepage of Te Ara – The Encyclopedia of New Zealand, which is sponsored by the Ministry of Culture and Heritage. There is a search function to help locate and retrieve topics of interest.

"Tuia250" commemorates 250 years since the first onshore meetings between Māori and Pākehā from 1769–70. Events were centered around the voyage of a replica of Captain James Cook’s Endeavour, and a fleet of traditional Polynesian voyaging canoes. Sobering discussions took place regarding Cook’s impact on native peoples and the largely untold story of Tupaia, a Raʻiātea priest who demonstrated extraordinary navigational knowledge which Cook depended on to accomplish his Pacific mission. 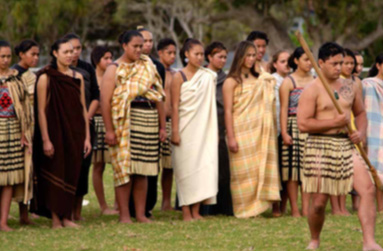 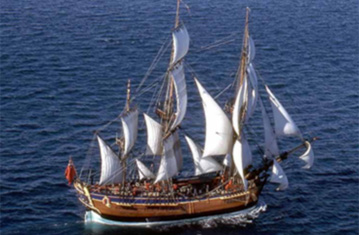 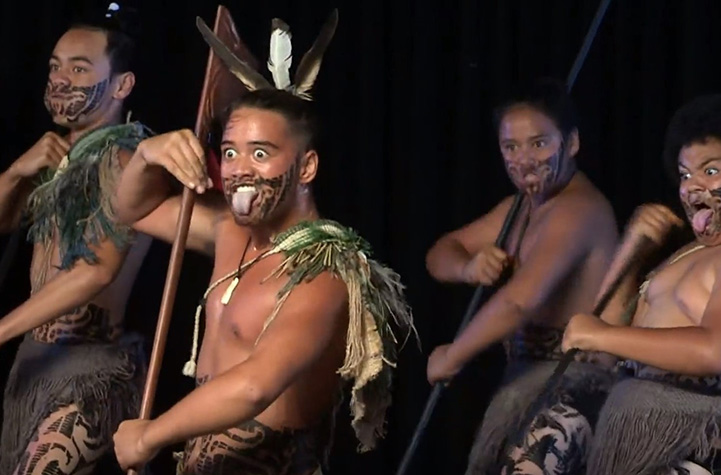 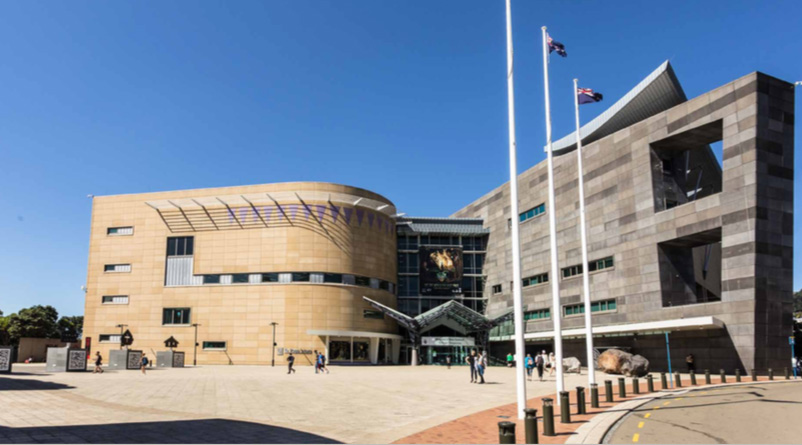 This is the official website of Te Papa Tongarewa, a contemporary, progressive, Māori culture and science-based museum with compelling exhibits and collections, and a commitment to Māori voice and tribal viewpoints.

Te Kōngahu Museum of Waitangi is located at the Waitangi Treaty Grounds. The state of the art venue was constructed around a historical narrative that weaves together stories and taonga (treasured objects) that help bring to life Aotearoa-New Zealand’s founding document.

Waitangi and the Treaty

Among the most significant events in Māori history is the signing of the Treaty of Waitangi by some 500 Māori chiefs and representatives of the British Crown in 1840. Considered to be the founding document of the modern nation of New Zealand, interpretations of the Treaty have been mired in controversy due to conflicting English and Māori translations. Today, after decades of activism and advocacy, the Treaty has helped to generate a contemporary empowered Māori citizenry, address reparations for confiscated lands and resources, and promote a national mandate for a “two cultures, one nation” approach in essentially all aspects of New Zealand life.

In 1985, Hōkūleʻa made its historic landfall at Te Tii, Waitangi, in the Bay of Islands. At the pōwhiri, the welcoming ceremony, Sir James Henare asserted that the historical accomplishments of the Hawaiian voyaging canoe Hōkūleʻa had finally quieted the critics, and he challenged Māori to do likewise and build their own waka and voyage across the Pacific, as their ancestors did. Sir James also declared that the arriving Hawaiian crew represented the sixth tribe of Te Tai Tokerau which soon after became the Hawaiian tribe, Ngāti Ruawāhia. For these reasons, Te Tii Marae and the Waitangi Treaty Grounds have been designated by ʻAha Moananuiākea as Ngāti Ruawāhia Heritage Sites.

For information on the ʻAha Moananuiākea partnerships with Aotearoa, click the following link:

For information on the Hawaiian tribe, Ngāti Ruawāhia, click the following link: 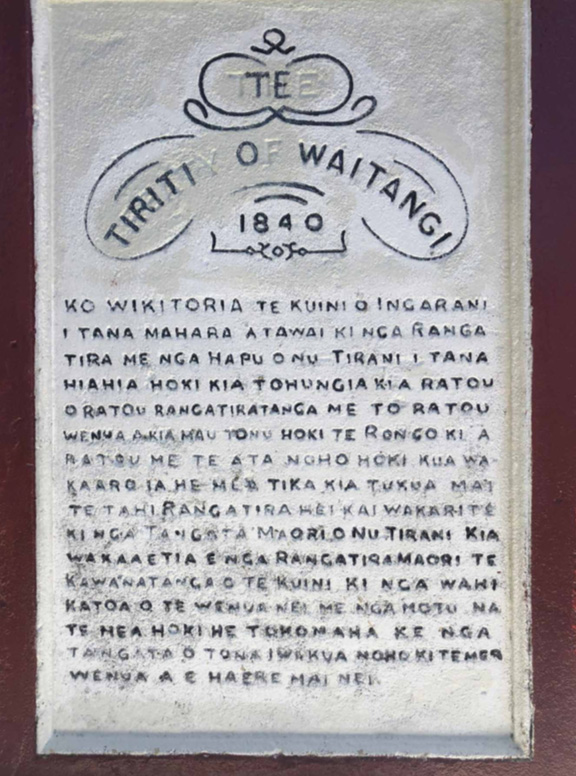 The official website of the Waitangi Treaty Grounds, which includes history, stories, museum information, and a virtual tour.

The official website of Te Tii Marae, which includes history on Māori independence, the Treaty of Waitangi, and more.

• Waitangi, Home of the Treaty (Video)

This narrated slideshow features historic sites and provides a chronology of events regarding the signing of the Treaty of Waitangi, considered to be New Zealand’s founding document. It was signed at Waitangi on February 6, 1840, between Māori chiefs and the British Crown. Within five years, however, Māori were at war with the British over land loss and treaty infringements. Since the 1970s, the Waitangi Tribunal has investigated treaty breaches. Duration: 4:50.

The Polynesian Voyaging Society and its canoe Hōkūleʻa embarked on the Mālama Honua Worldwide Voyage in 2014, which prompted a return to Waitangi after nearly 30 years to honor the historic 1985 landfall. This video documents some of the past history as well as Hōkūleʻa’s current focus on caring for our Island Earth, illuminating the challenges of climate change and its impact on the world. Duration: 13:00

This is an inspirational documentary on the legacy of Sir James Henare, distinguished leader, staunch Māori advocate, and esteemed Tai Tokerau elder. His twin grandsons Peeni and Tatai Henare share their impressions of their grandfather and how he impacted their lives and the community they serve. Duration: 30:00

Te Aurere and the Waka Movement

A fulfillment of promises made to revered kaumātua (elders) John Rangihau and Sir James Henare, Te Aurere remains a symbol of ancestral ingenuity and Māori pride. It ignited a widespread revival of interest in traditional voyaging throughout Aotearoa, which resulted in a robust waka movement and a vibrant legacy of traditional navigators, sailors, and waka hourua today.
• Te Aurere

This is a collection of radio interviews in Te Reo Māori (Māori Language) with Hekenukumai Pūhipi Busby, produced by Te Hiku Media. Te Hiku Media is a charitable media organization, collectively belonging to the Far North iwi of Ngāti Kuri, Te Aupouri, Ngai Takoto, Te Rārawa, and Ngāti Kahu. The station is an iwi communications hub for iwi radio, online TV, and media services. Māori language revitalization is a core focus of Te Hiku Media, as is archiving and training.

The first of a 2-part series, this Waka Huia TV documentary tells of the life of Sir Hekenukumai Pūhipi Busby and his dream of building voyaging canoes and reconnecting with the people of Rapa Nui. Duration: 27:36

The second part of a 2-part series, this Waka Huia TV documentary tells of the life of Sir Hekenukumai Pūhipi Busby, and his dream of building voyaging canoes and reconnecting with the people of Rapa Nui. Duration: 29:23

This video features the blessing and launch of Hekenukumai Pūhipi Busby’s second waka hourua (double-hulled canoe), Ngāhiraka Mai Tāwhiti. The canoe launching marks a momentous occasion for the Ngāti Kahu tribe, as the area at which they landed was the same place as their ancestors before them. Duration: 2:23

This documentary, produced by Nimrod Films, follows revered canoe-builder and navigator Hector Hekenukumai Busby as he leads the construction of a waka hourua, then retraces the voyage of an ancestor, Kupe, from the sacred homeland of Hawaiki to Aotearoa. This film records rare ceremonial footage at Taputapuātea Marae, the felling of the tree to build Te Aurere, and Te Aurere’s arrival in Rapa Nui. Duration: 50:00

• Canoe Is The People

Funded through UNESCO, this website is designed to engage both teachers and learners of all ages in traditional Pacific navigation. It houses videos and articles, as well as some curriculum materials. Users can access the content in English or in Māori.

Te Toki Waka Hourua, founded by voyaging leader and educator Hoturoa Barclay-Kerr, is committed to ensuring that the traditional knowledge and practices of ocean navigation remains alive by sharing and celebrating these skills with the community, maintaining and sailing a fleet of training and voyaging waka, and training the next generation of navigators and crew who will continue to keep these practices alive. 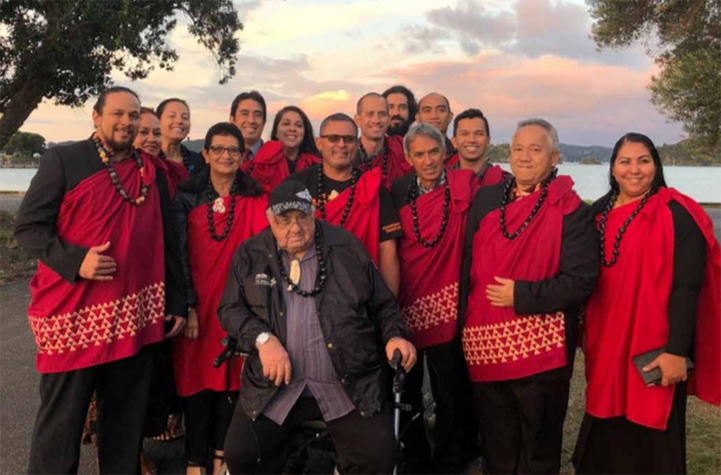 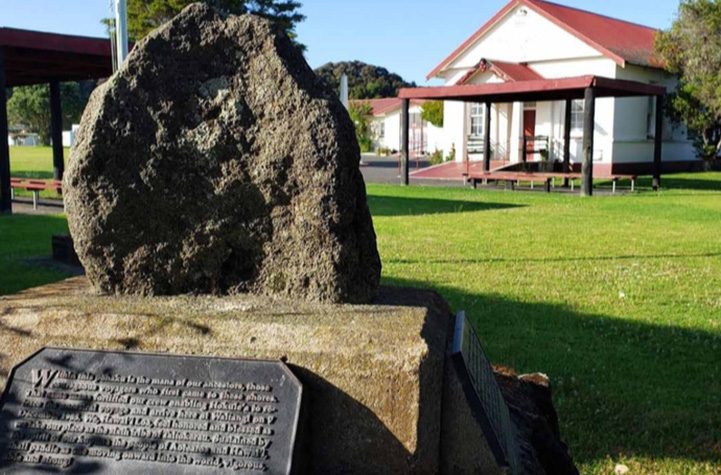 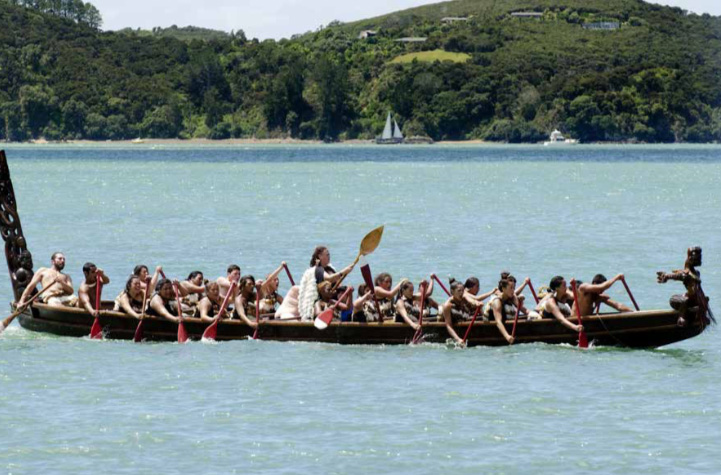