The ʻAha Moananuiākea Pacific Consortium has established three cultural partnerships in Aotearoa to honor the shared Polynesian ancestry of Kānaka Maoli and Māori, celebrate the voyaging legacy and impact of Hōkūleʻa, and create ongoing cultural-educational collaborations among Hawaiian and Māori learning communities.

This 5-minute video tells the story of the history and vision of the Hawaiian tribe, Ngāti Ruawāhia. It features a December 2019 declaration signing ceremony at Te Tii Marae, as well as multiple interactions with officials from Waitangi National Trust Board and Treaty Grounds, educators and students from Paihia School and Taipā Area School, and leaders of the Hekenukumai Busby Trust.

THE FOLLOWING ARE LINKS to three ʻAha Moananuiākea declarations with Aotearoa. They reflect the special role of traditional voyaging in contemporary times, a commitment to bringing honor to the Tai Tokerau community, and a dedication to perpetuating the proud heritage of the Hawaiian tribe, Ngāti Ruawāhia. 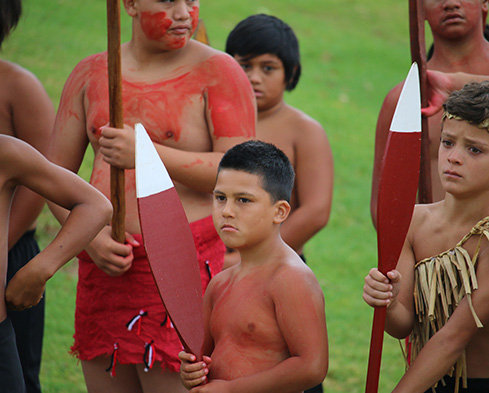 Signed by leaders and elders of Te Tii Marae to affirm our relationship as an extended family, commit to strengthening our respective languages and cultures, and promote a sense of responsibility for the care of our Pacific global environment. 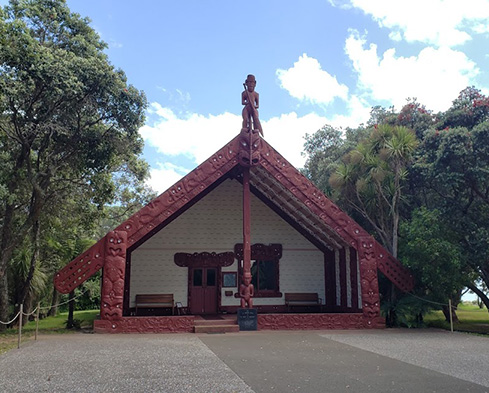 The declaration below was initially envisioned as a formal agreement requiring signatures between ʻAha Moananuiākea Pacific Consortium and the Waitangi National Trust. After meeting with Trust officials, Consortium organizers determined that the set of declarative statements were not truly “agreements” requiring signatures, but were instead historical accounts that simply acknowledged the Waitangi Treaty Grounds as a setting of special significance to the Hawaiian tribe, Ngāti Ruawāhia, and to the whole of Aotearoa. Therefore, ʻAha Moananuiākea in its own right has ratified the declaration below establishing the Waitangi Treaty Grounds as a Ngāti Ruawāhia Heritage Site. 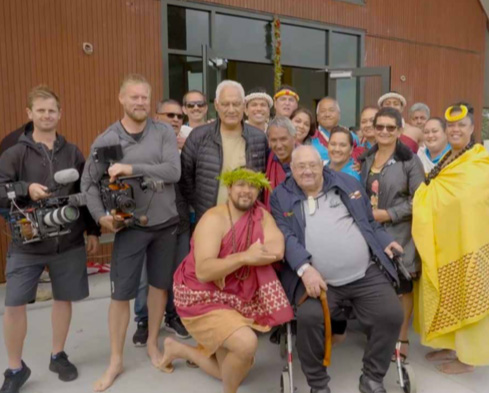 The Kupe Waka Centre at Aurere, a place of learning dedicated to traditional navigation, voyaging and canoe-building, was the dream of revered elder, the late Sir Hekenukumai Busby. Throughout 2018, months before the New Zealand Parliament granted funding for construction, Kamehameha Schools representatives of Ngāti Ruawāhia traveled to Aurere on multiple occasions to clean the interior and exterior of the unfinished whare wānanga (learning space). Ngāti Ruawāhia was invited to conduct ceremonies to open the facility on December 6th. Sir Hector named the house Whetū Mārama, and signed a Declaration of Kinship which forms the basis for support of cultural-educational collaborations, the refurbishing of the voyaging canoe Te Aurere, and plans for modest accommodations on land at Aurere which Sir Hector envisioned for Ngāti Ruawāhia members visiting the Kupe Waka Centre.

This partnership positions the Kaʻiwakīloumoku Hawaiian Cultural Center at Kamehameha Schools – where Sir Hector was honored in special ceremonies – as a “sister center” to the Kupe Waka Centre upon its completion.

Enjoy this 2.5-minute video featuring highlights of the blessing and dedication of the Kupe Waka Centre whare wānanga, and the declaration signing ceremony held at Aurere on December 6, 2018.

The Kupe Waka Centre at Aurere is currently under construction and is scheduled to be completed in 2021. Periodic updates will be provided below as we track the exciting development of the “sister center” of Kaʻiwakīloumoku Hawaiian Cultural Center.