DJAVADJAVAY! 大家好! GREETINGS EVERYONE! ALOHA! ʻAha Moananuiākea honors the ancestral cultural connections between Kānaka Maoli, Native Hawaiians, and the indigenous peoples of Taiwan. We recognize Taiwan as the homeland of the Austronesian language family and the place of origin for celestial navigation and voyaging technology. On this page, you will find a range of resources — maps, websites, videos, and materials — that provide general background on the region, its people, and their culture. Learners of all ages and backgrounds are invited to immerse in this rich Pacific heritage and explore topics of interest at a self-directed pace.

Taiwan is an East Asian island country located in the Pacific Ocean and neighboring Japan, the Philippines, and the People’s Republic of China. It has both tropical and temperate climates, with a geography characterized by mountains and alluvial plains. From the 16th century until the mid-20th century, Taiwan was widely known as Formosa, as in “Illa Formosa” or “Beautiful Island” — a description attributed to early Portuguese mariners.

Indigenous peoples began settling the island of Taiwan around 4,000 BCE. They built villages along the coastlines, on the plains, and in the mountains, and employed highly effective agriculture systems and fishing techniques to sustain a thriving island society. Over time, a number of related, though very distinct, cultures and languages emerged — all of them coexisting in relatively close proximity to each other. This diverse cultural complex developed sophisticated maritime capabilities that enabled long-distance voyaging. This led to the development of vast trading networks and facilitated migration and settlement in new lands.

For most of its 6,000-year history, indigenous Taiwanese culture existed in relative isolation from the imperial powers of Asia and Europe. Then, in the early 1600s, the first major migration of Han Chinese began. For the next four centuries, the colonial agendas of imperial China, the Netherlands, and Japan would dramatically reshape the social, cultural, and political landscape, creating serious challenges and unprecedented change for the indigenous people of Taiwan. 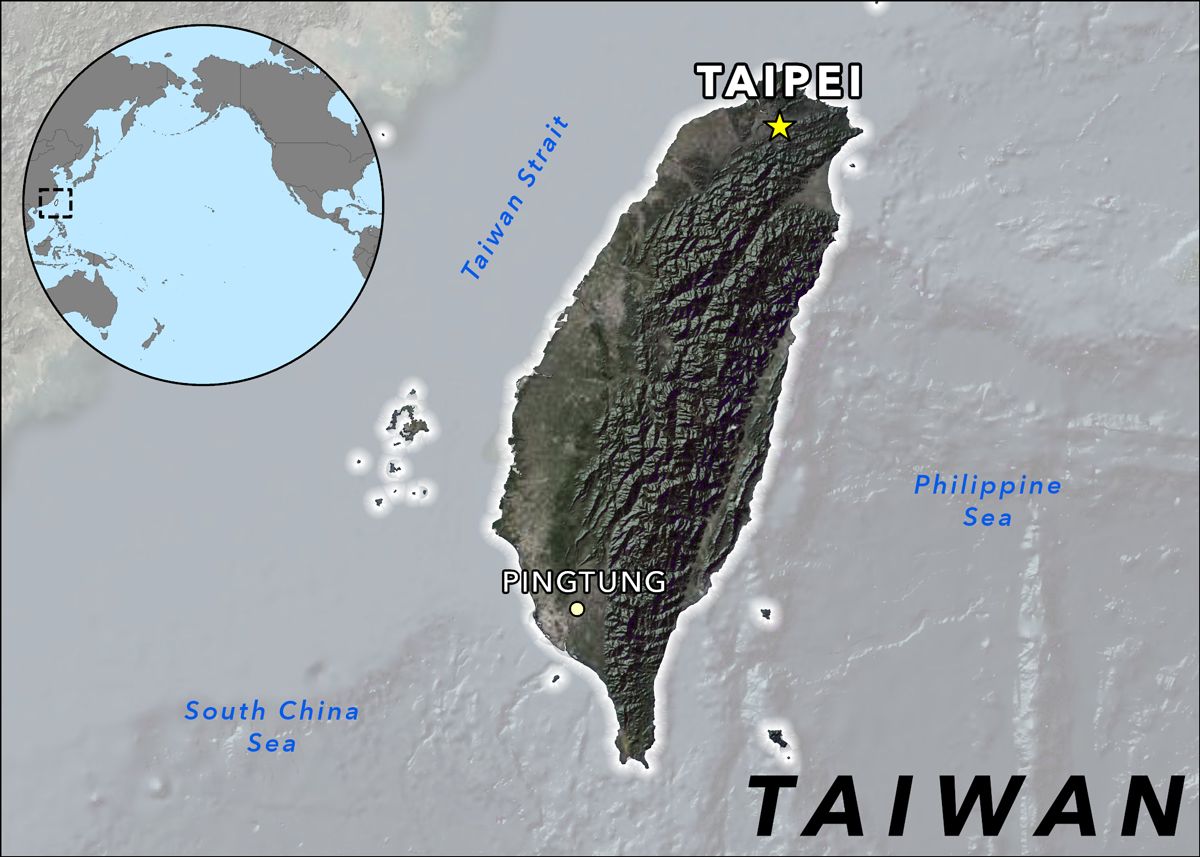 The ʻAha Moananuiākea Pacific Consortium has established two cultural partnerships that foster knowledge sharing and cultural exchange between Native Hawaiians and the indigenous tribes of Taiwan. There is particular interest in exploring paleolinguistics and ancestral maritime technology, that is, language and voyaging. It is with honor that we join with the Kaviyangan Paiwan Tribe of Pingtung and the National Taiwan University, Anthropology Department, to celebrate and promote our shared Austronesian heritage.

For more information on the ʻAha Moananuiākea partnerships with Taiwan, see the link below: 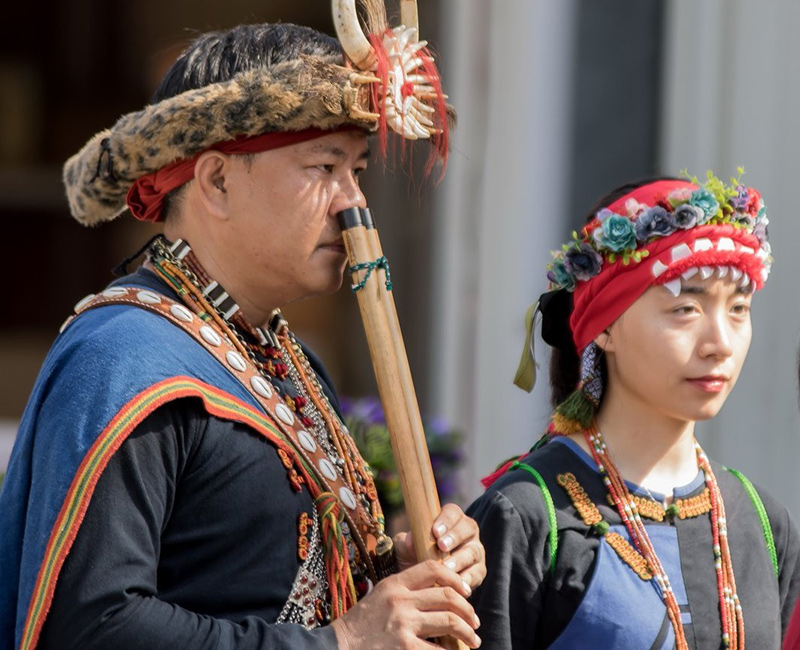 The Austronesian language family, to which the Hawaiian language belongs, originated in Indigenous Taiwan. The early speakers of this language group developed maritime sailing technology that enabled them to voyage throughout the Pacific and beyond. Groups traveled, traded, and settled throughout Island Southeast Asia, across the Indian Ocean to Madagascar in the far west, southward into the Bismarck Archipelago, and eventually to parts of Micronesia as well as Western and Eastern Polynesia in the central and northern Pacific. They left genetic, cultural, and linguistic imprints that form a six-thousand-year-old genealogical road map. This information can help to enhance our understanding of the peopling of the vast Pacific, and the lineal attributes that connect Hawaiians back to their ancient Austronesian origins.

Per 2018 demographic research, 96% of the Taiwan population are Han Chinese (23.57 million), while 2.28% identify as indigenous (533,600). Currently, there are more than 20 ethnic groupings of indigenous peoples in Taiwan, and approximately 26 known languages (referred to as Formosan). Of those 26 known languages, ten have become extinct, five are nearly gone, and several are at very high risk.

Today, there is a revival of ethnic pride and a resurgence of cultural practices, traditions, and native languages. Many indigenous groups seek political self-determination and some have invested in ecotourism, hoping for economic stability and independence for their tribes. As of June 2014, the Taiwanese government formally recognized 16 ethnic groups as indigenous, although several more groups are working to meet requirements for recognition set forth by the Council of Indigenous Peoples. Recognized tribes include the Ami, Atayal, Bunun, Hla’alua, Kanakanavu, Kavalan, Paiwan, Puyuma, Rukai, Saisiyat, Tao, Thao, Tsou, Truku, Sakizaya, and Sediq.

• On the Austronesian Homeland

This May 2011 article by Asya Pereltsvaig featured on the Languages of the World website presents a succinct discussion on the linguistic theory of Taiwan as an Austronesian homeland.

• The Human Genetic History of Oceania: Near and Remote Views of Dispersal

Manfred Kayser’s 2010 article from Current Biology, an online periodical featured on the Science Direct website, outlines a mainstream research-based narrative for the "out-of-Africa" and "out-of-Taiwan" theories for the peopling of the Pacific. Site provides a downloadable PDF.

The Indigenous Wellness Research Institute’s National Center of Excellence provides a detailed overview of the status of specific tribal languages of indigenous Taiwan.

The official website of the Council of Indigenous Peoples, available in Chinese and English. This site promotes Taiwan’s recognized indigenous tribes.

This is the first of a two-part video series by the Council of the Indigenous Peoples that gives an introductory overview of the indigenous people of Taiwan. Duration: 30:31

In this video, DW Documentary shares the efforts of an Atayal woman in keeping indigenous Atayal culture alive through tourism-related activities. Duration: 12:31 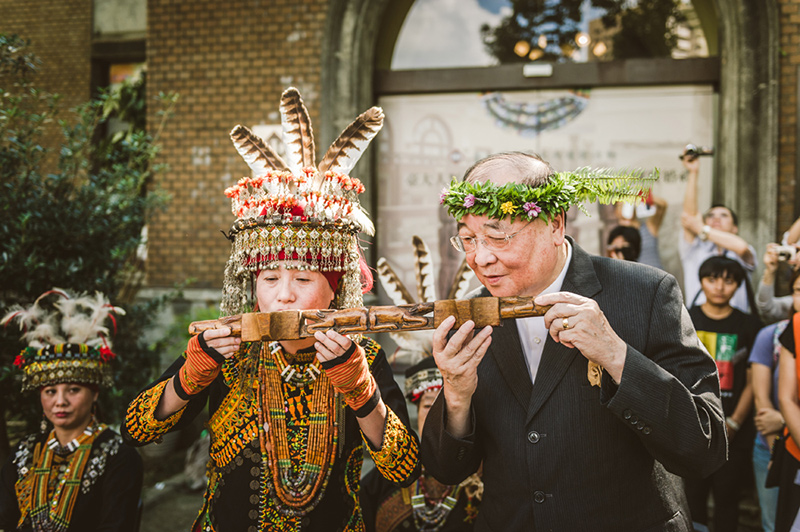 This is a republication of a very detailed 1963 article on Paiwan woodcarving that appeared in the Chinese-English periodical, Taiwan Today.

This 2018 article by Taiwan Today explores progressive policymaking and its effects on many long-standing issues impacting the lives of Taiwan’s indigenous peoples.

In this article posted by Ketagalan Media, read about the Council of Indigenous Peoples and National Dong Hwa University’s proposal for a nationally funded university that focuses on Taiwan’s indigenous people.

Here is a short clip from “Muakai’s Wedding,” a documentary by Su Hung-En that was featured at the Taiwan International Ethnographic Film Festival in 2019. The film highlights a professor’s journey to request that the Muakai, an ancestral post of the Paiwan of Kaviyangang village, be listed as a National Treasure. Duration 2:00

Learn more about Paiwanese culture through a Taiwan Scene interview with indigenous R&B singer ABAO. She speaks of Paiwanese music and how the language impacts her songs.