The ʻAha Moananuiākea Pacific Consortium has established two cultural partnerships in Taiwan that foster knowledge sharing and cultural exchange between Native Hawaiians, the indigenous inhabitants of Hawaiʻi for over a thousand years, and the indigenous tribes of Taiwan, who settled their island home some five to six thousand years ago. It is with honor that we join with the Kaviyangan Paiwan Tribe of Pingtung, and the National Taiwan University, Anthropology Department, to celebrate and promote our shared Austronesian heritage.

Indigenous people settled Taiwan thousands of years prior to the initial migration of Han people from China in the 17th century, the subsequent colonization by Chinese, Dutch and Japanese imperial regimes, and the post-WWII Kuomintang-led government of the Republic of China. Remarkably, China’s overwhelming cultural influence over Taiwan for the last 400 years may seem to eclipse the diverse, pluralistic, indigenous, Pacific Islander civilization that thrived over the previous 5,500 years.

The Austronesian language family, to which the Hawaiian language belongs, originated in Taiwan. The early speakers of this language group developed maritime sailing technology that enabled them to voyage throughout the Pacific and beyond. As groups traveled, traded and settled throughout Island Southeast Asia, across the Indian Ocean to Madagascar in the far west, southward into the Bismarck Archipelago, and eventually to parts of Micronesia as well as Western and Eastern Polynesia in the central and northern Pacific, they left genetic, cultural and linguistic imprints that form a six thousand year-old genealogical road map. As a result, we have a better understanding of the peopling of the vast Pacific, and the lineal attributes that connect Hawaiians back to their ancient Austronesian origins. In that light, the ʻAha Moananuiākea partnerships are particularly interested in exploring paleolinguistics and ancestral maritime technology, that is, language and voyaging.

THE FOLLOWING ARE LINKS to two ʻAha Moananuiākea declarations with Indigenous Taiwan, hour-long Zoom recordings of virtual declaration signing ceremonies with timecode index, and a collage of virtual ceremony photos. These expressions reflect a shared dedication to promote ancestral knowledge and sciences, strengthen native identity and worldviews, and promote understanding and awareness of our rich Austronesian heritage.

Here is a brief message from the tribal leaders and elders with whom ʻAha Moananuiākea is partnering: 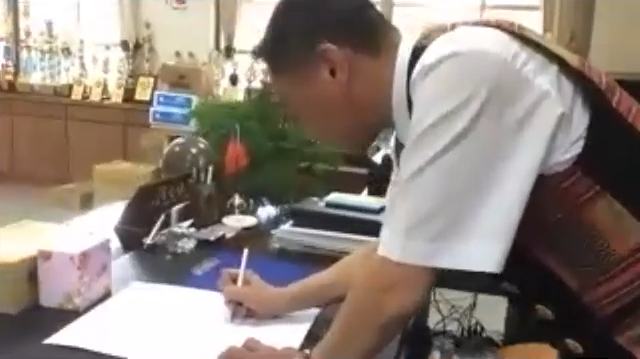