“Ho‘oilina” is our ancestral legacy of excellence that drives innovation and inspires global leadership for the Lāhui and the world.

Never in the 133-year history of Kamehameha Schools has the native language, heritage, and culture of our founder been of such high priority and regard. Once considered a hindrance to the success and well-being of our lāhui, Hawaiian identity is now promoted and encouraged throughout KS with a recalibrated lens focused on lāhui vibrancy.

Strategic Plan 2020 is the first five-year phase of Kamehameha Schools’ Strategic Vision 2040, a vision of transformational change for our lāhui. At the center of SP2020 is KS’ Native Hawaiian Identity, commonly referred to as Goal 3. Goal 3 was intentionally placed in the center of the five SP2020 goals to indicate that Hawaiian identity should be central to all the work we do.

Strategic Vision 2040: Within a generation of 25 years, we see a thriving Lāhui where our learners achieve postsecondary educational success, enabling good life and career choices. We also envision that our learners will be grounded in Christian and Hawaiian values and will be leaders who contribute to their communities, both locally and globally.

Goal 3: Cultivate a strong Native Hawaiian identity to instill confidence and resiliency in our learners and to inform decision making and actions within our organization, for the improvement of the well-being of the lāhui.

Kūhanauna: A Generation on the Rise – Strategic Plan 2015-2020
[Downloadable pdf of report] 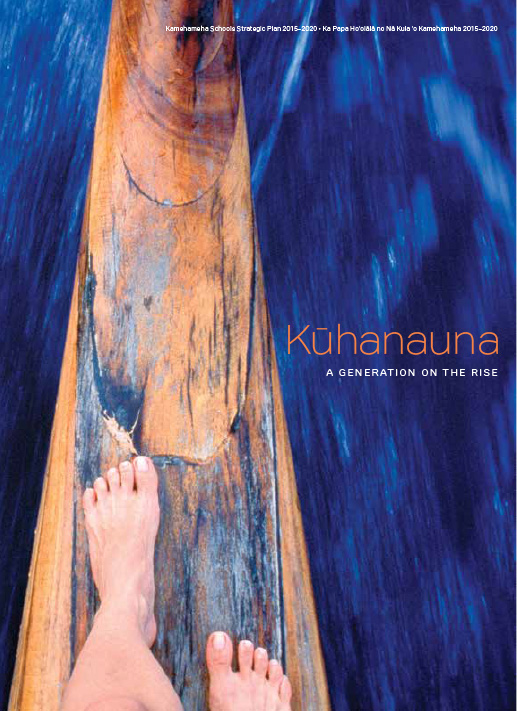 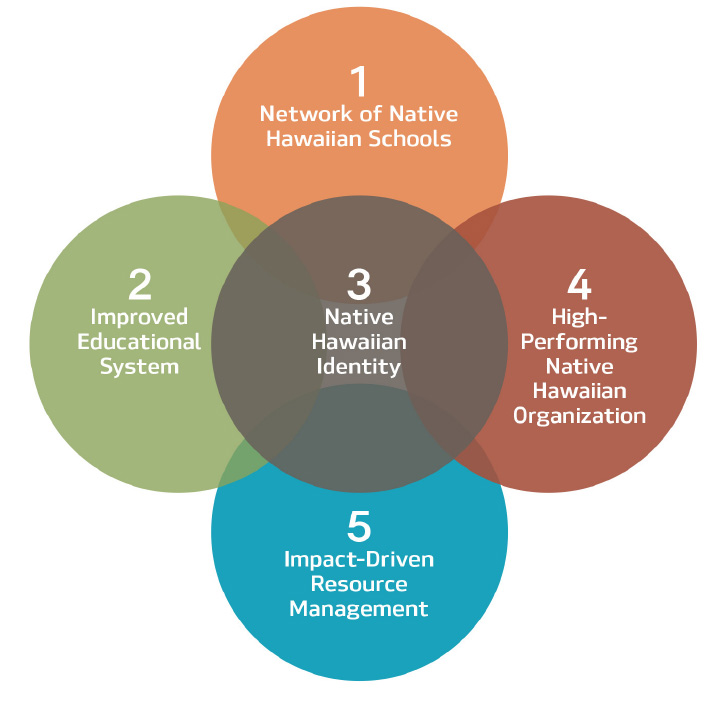