Back to French Polynesia

The ʻAha Moananuiākea Pacific Consortium has established three cultural partnerships in French Polynesia to honor the ancestral homeland of Kānaka Maoli – Native Hawaiians, celebrate long standing relationships that have developed over the past decades, and create ongoing cultural, educational, and environmental collaborations among Hawaiian and Māʻohi learning communities.

This 12-minute video features November 2019 declaration signing ceremonies in Tahiti and Raʻiātea to establish cultural partnerships with the French Polynesian Government, the community of Taputapuātea on Raʻiātea, and the Royal Pōmare Family.

THE FOLLOWING ARE LINKS to declarations that were signed by ʻAha Moananuiākea leadership and our respective French Polynesian partners. The signed documents are provided in Tahitian, Hawaiian, English, and French.

Signed by French Polynesia President Édouard Tereori Fritch, and Minister of Culture and Environment Heremoana Maamaatuaiahutapu committing to a partnership that promotes our respective languages and cultural heritages, and the restoration and sustainability of the environment, especially our Pacific home. 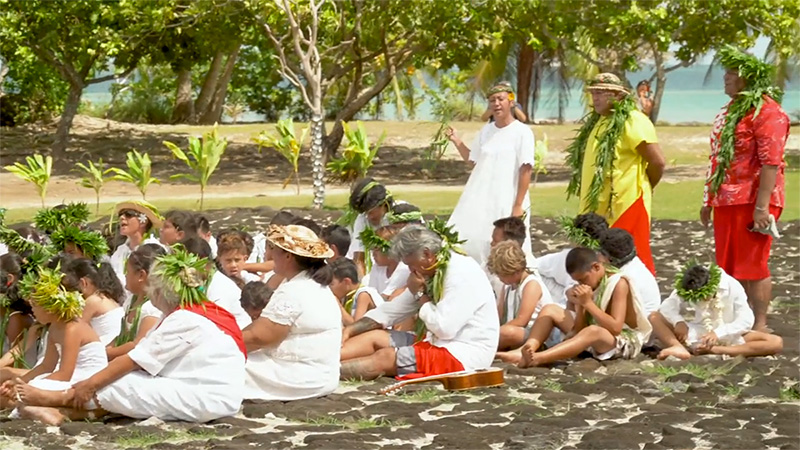 Signed by Mayor Thomas Moutame of Taputapuātea District and the Council of Elders of Taputaputātea Marae affirming a shared Polynesian genealogy, a common voyaging heritage linking Raʻiātea/Tahiti and Hawaiʻi, and a collective acknowledgment recognizing sacred Taputapuātea Marae as a Hawaiian Heritage Site. 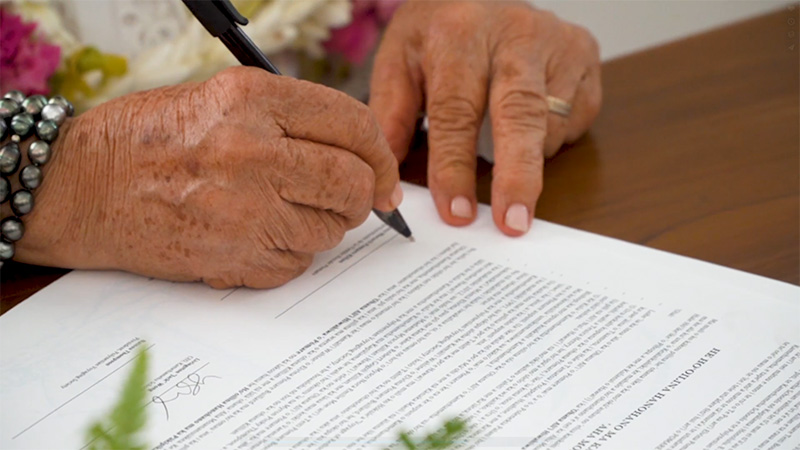 Signed by heiress Mysco Pōmare Kilian, daughter of Princess Elvina Pōmare Buillard, this declaration affirms the historical ties between the Kamehameha lineage and the Pōmare Royal Family whom we honor as a Pacific Legacy of Distinction. The declaration also affirms a commitment to nurture and grow the ongoing extended family relationship between Kamehameha Schools and the family of Mysco Pōmare Kilian.

This 3.5-minute video features highlights of a special visit to Kamehameha Schools by the Honorable Heremoana Maamaatuaiahutapu, Minister of Culture and the Environment of French Polynesia on September 9, 2019 to discuss the prospect of cultural partnerships with ʻAha Moananuiākea. The success of this visit resulted in the establishment of the cultural partnerships and signed declarations described above.